The Alpine Esports Series are composed of a time trial qualifier and a total of 6 races to be broadcasted on May 25th and June 1st. 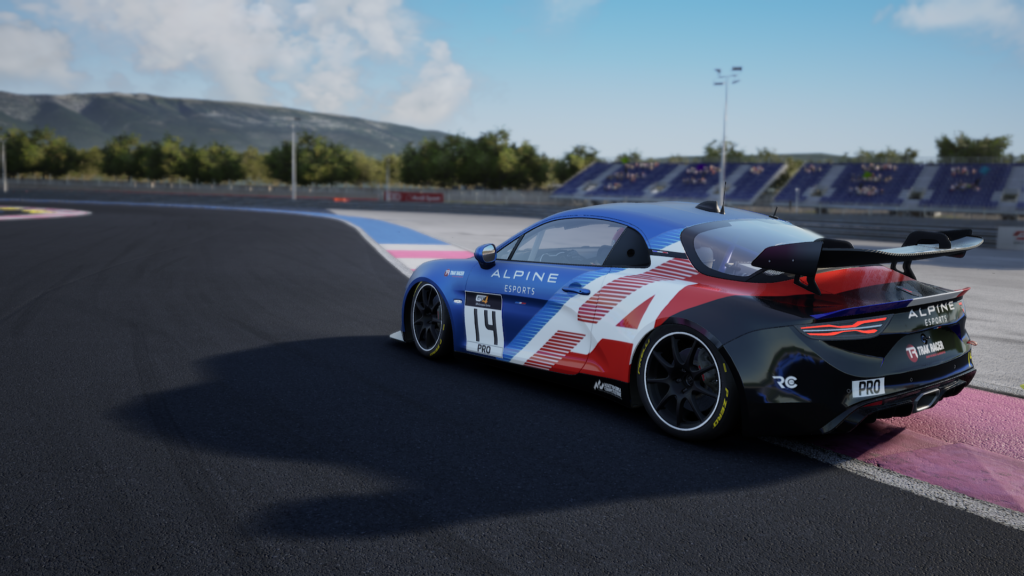 The Top 24 to earn a spot in the main championship

The Alpine Esports Series qualifications will start next week from May 3rd to May 8th, where gamers can try to qualify into the Top 24, and be selected for the second phase of the championship.

You can join our newly created Discord to stay up to date with the Alpine Esports Series.

One of the original features of the Alpine Esports Series is to mix pro esports drivers with special guests. Each type of competitors will compete in a separate championship. Our Top 24 drivers will race under the PRO category while our guests will compete in the AM category.

There will be a total of 8 guests on the grid, each will be announced soon, so make sure to stay close to our social networks.

Our PRO champion will be able to drive the real Alpine GT4, the Alpine Cup Lucry-Lévis Race Track and visit our factory in Bourges, France. Details of the prizes can be found on the rules and regulations.

A giveaway will be done to viewers, with a chance to gain some Alpine merchandising, and Assetto Corsa Competizione Game Keys ! A chance for everyone to give a try in our time trial event.

Make sure to go on www.twitch.tv/alpineesports_ to not miss anything of our 2hrs show !

We can wait to see you in the virtual tracks and wish best of luck to all participants.

About Race Clutch : Race Clutch is a company specialized in simracing – fusion of the words « simulation » & « racing », also called virtual racing. Race Clutch is born from a community of passionate people that wanted to enter into motorsport and the automotive world the original way. French leader, and one of the top tiers organizations in the world, Race Clutch has built a strong reputation through simracing, with top performances in the biggest international competitions, and through innovation in a lot of areas in virtual racing. Today, Race Clutch is a true operator in the simracing business : helping companies to enter virtual racing, managing esport racing teams, organizing events or creating content are part of the activities of the company and much more. Race Clutch is helping Alpine entering the simracing market, with the management of the F1 Esports Series team and the administration of the Alpine Esports Series.

About Kunos Simulazioni : KUNOS Simulazioni started in 2005 as a one man show, and it now involves several professionals of the industry that daily work on evolving our driving simulation technologies: for gamers, professionals and sim racing esports organizers. KUNOS Simulazioni was born with the main objective to deliver to the market an advanced version of freeware project « netKar », but it then developed into a structure able to cover several fields in virtual racing. With the goal of bringing “netKar” to the market through an advanced shape of itself, but then developed into a flexible platform, able to cover several fields in virtual racing. The company launched Assetto Corsa, the evolution of that original idea, in 2013. The Assetto Corsa brand expanded on PC and landed on consoles in 2016 for the first time in the company’s history. In 2018 KUNOS Simulazioni and 505 Games (the publishing partner of the company under the Digital Bros Spa, that currently owns the studio) launched Assetto Corsa Competizione, the finest GT3 simulation ever made by the studio, officially licensed by SRO Motorsports Group.

OUR OWN ENNEMIES – THE CONQUEST [EP05]